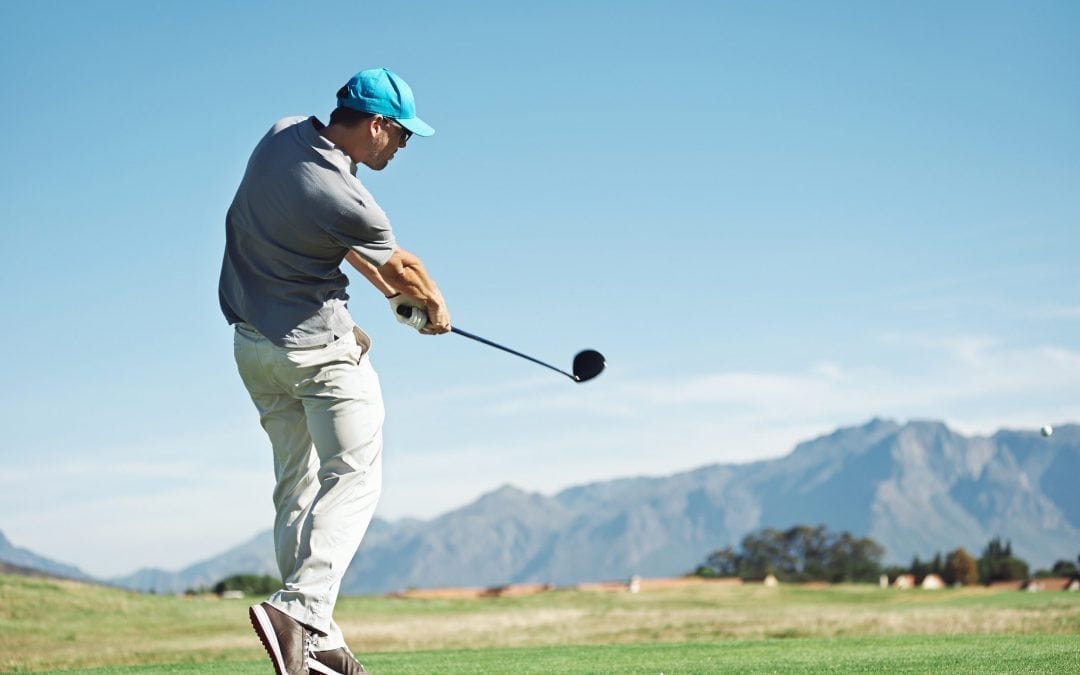 If you have any kind of golf yips, you will probably be able to relate to something Gene Littler said to me years ago when he was a client, and on the Champions Tour.

“It’s the darnedest thing I’ve ever seen”, referring to his short chips from the fringe around the greens.

“It only seems to happen during a tournament. I know what I want to do with the ball. But when I get over it I freeze up and flinch.

It’s like a yip with the chip, and it’s embarrassing!”

What are Golf Yips?

Golf Yips can be best thought of as a nervous affliction which makes golfers have a loss of fine motor skill. This is usually seen in putting, causing golfers to struggle to make a smooth, consistent putting stroke. Many people know the “dictionary definition” of yips, but why do they happen?

In the quote above, Gene was describing what we call a conditioned response. The term is derived from a behavioral study conducted in the late 1800’s by Russian scientist, Ivan Pavlov.

While studying digestion, he unintentionally conditioned dogs to salivate at the sound of a bell.

The discovery came to be referred to as classical conditioning. In his experiment a bell was sounded before feeding dogs.

How Does This Relate to Golf?

When playing golf, you can unknowingly condition yourself in a similar way. No, I am not trying to imply you are “playing like a dog” when you yip. I’m saying, you can condition yourself to react to a particular shot or putt in much the same way that Pavlov conditioned his dogs to salivate with the sound of the bell.

But with you, the reaction is more of a “fight or flight response”. The golf yip is something you have conditioned yourself to do each time you face that particular shot or putt in a particular situation.

Your brain’s neurons start firing, your muscles begin to tighten, your breathing gets faster and shallower and your adrenaline can surge. All within seconds and with little or no conscious thought about it. Are you starting to see why you yip?

How Do You Become Conditioned?

Conditioned responses in golf develop when several things line up, sort of like a “perfect storm.” You have:

A Weakness. We noted something interesting here … Golf Yips usually, but not always, show up in the real or perceived weak area of your game. While golf yips are generally associated with putting, they can appear in whichever part of your game you think holds you back.

Elevated Stress. Usually you are experiencing some kind of elevated stress that you may or may not be conscious of, and it may or may not have anything to do with golf (i.e.work, family, marriage, finances, etc.).

A Failure. You experience a failure, then multiple, embarrassing or frustrating failures in that area of your game.

You now have a perfect situation to develop yips. 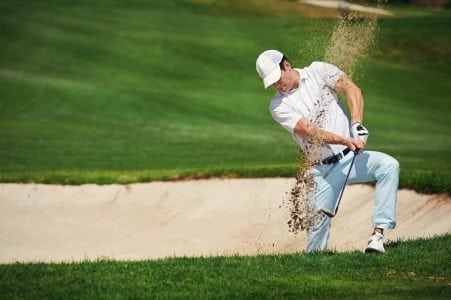 Golf Yips can be developed by even the best of players.

Gene seemed to have developed the chip yips for these reasons:

A Weakness. He had long believed that if he had been better at chipping he would have gotten more out of his game (never mind he already had 29 PGA Tour victories!).

Elevated Stress. He had experienced a serious arm injury which set him back in his play, and made play, including chipping, painful and difficult for awhile.

A Failure. In his comeback after surgery, he had made some horrific chips in key situations in the past two years. He had been both embarrassed and disappointed because it cost him a couple of wins.

Soon, without realizing it, he was fully conditioned to reacting to chips the moment he saw the ball land. He would approach the chip with fear and dread.

“It is so bad,” he said, ” when I see the ball is going to miss the green, I find myself praying it will land in a bunker so I won’t have to chip!”.

How to Stop the Golf Yips

Step 1. Change the “Problem” to a “Challenge” and genuinely look forward to taking it on.

How do you look forward to something that causes you so much pain and fear? You must change your attitude about the problem.

The first step toward un-conditioning Gene’s yips was to have him change his attitude about his chips. If your yips relate to your putting, you need to change your attitude about your putts.

Gene’s self talk had to change to something more like, “I’m a great chipper under all this conditioning.” And, “I look forward to every chip as an opportunity to unconditioned my response to them.”

He had to agree that he could not fully control the outcome of his chip, but he could at least control relaxing and focusing on using a mental pre-shot routine to execute the chip, no matter what the outcome might be.

In a nutshell, no faking it. Gene had to truly look forward to the opportunity to unconditioned his response to chips.

I then asked Gene to make a conscious effort to take his mind off the chip as he approached the green.

His goal was to say to himself: “Good! I have an opportunity here to un-condition my response to fringe chips.”

Once done, he was to shift his focus to relaxing as he approached the ball. This included deep breathing, loosening muscles, counting his steps, small talking with another player or his caddie, humming a tune, thinking of his grandchild, or something else. What ever he found that would help him get his mind off the chip and help him reverse the fight-or-flight response he had been having in his golf yips.

Step 3. Use a Definite 3 Step Mental Pre-Shot Routine to execute the shot

Once relaxed, Gene’s sole and full objective was to execute a good mental routine.

Step 4. Judge the Process, Not the Outcome.

Gene agreed that for the following two months, he would challenge himself to judge every single chip, not by where his ball went, but by how well he did the first 3 steps.

He would even keep score to measure his progress.

Best Golf Tip: We found that if Gene used his great visual skills to imagine, as he executed the chips in competition, that he was on his home course playing golf with his son (the place where he hit the best chips) it was much easier for him to remain relaxed and perform all three steps of the routine.

Gene progressively improved and within two months, he was able to chip without golf yips in tournaments again.

“I knew I was almost there when I really wanted the ball to land on the fringe instead of in the bunker. I’m actually starting to enjoy those ‘fringe’ chips.”

That same month, he had his first win in two years.

Golf Yips in Your Game

Substitute Gene’s story with your own and use these same steps to help yourself and other competitive players of all levels eliminate about every type of golf yip you can imagine.

Whether you’re a college player, professional, or just a recreational golfer, you can grow past your challenges. The keys to your success will be a positive attitude and personal insight into the origins of your golf yips… and a sincere willingness to try.

Chip yips aren’t as common as issues putting, and are about as common as yips hitting off a tee. We encourage you to replace Gene’s story and quotes with your own. Open your mind to all the steps and give them a great try, as fixing your golf yips could be just what you need to take that next step.

Golf yips can be difficult to conquer as they have both physical and mental roots, but hard work and dedication to your practice can make big change. If you need help fixing your yips, we can offer more advice. Contact us to start getting expert mental game coaching and advice.