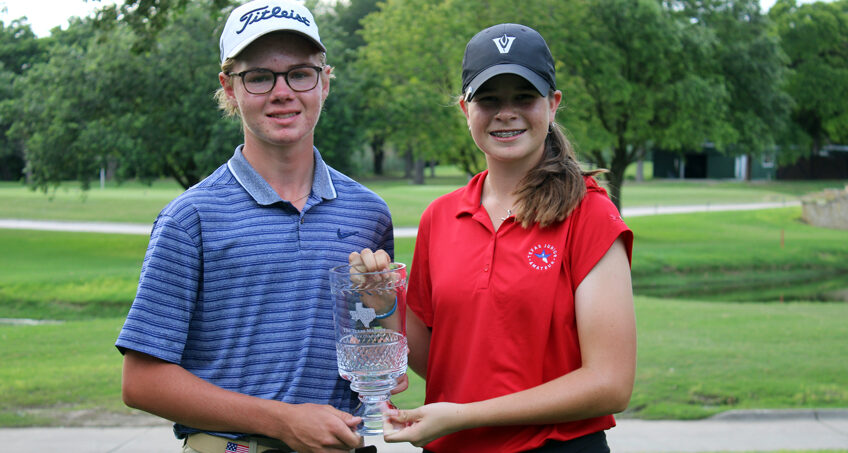 We wanted to extend our warmest congratulations to three GolfPsych graduates, Jackson Hymer, Sydney Givens, and Jake Mayer, who each won their respective divisions in the 2021 Texas Masters.

The Texas Masters were held May 29th-31st at the Brackenridge Park Golf Course in San Antonio.

Jake (Class of 2025) had a thrilling end to his tournament, securing a close 1-shot victory in the Boys 11-14 division. After a stellar start in the first two rounds, Jake held on despite an outstanding final round from two of his competitors. The victory also earned him a spot in the IMG World Junior Championship. Full results in the Boys 11-14 division can be found here.

Jackson, Sydney, and Jake have each attended a GolfPsych Mental Game School in the past year, and it was wonderful to work with all of them.

Congratulations to this trio of talented junior golfers, and we wish you the very best in future tournaments!