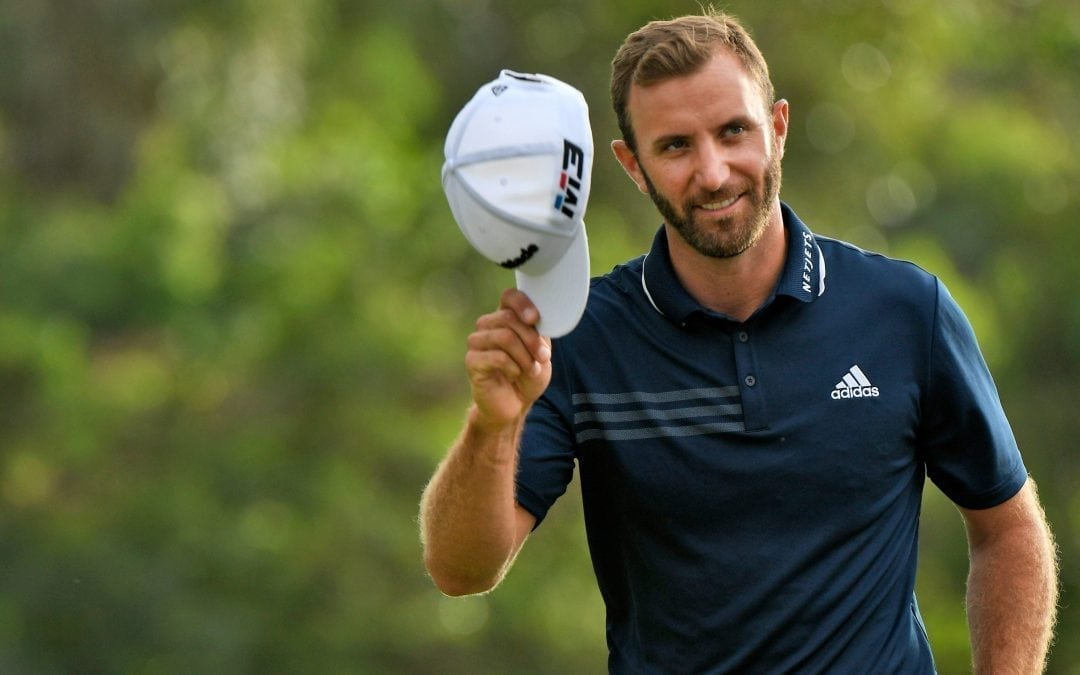 The interview with Dustin Johnson in Golf World online Monday made some excellent points. Dustin described one of the most graphic examples of Thinking Like A Champion. When you have Champion levels of Self Assurance, one of the Champion Traits we discovered through our research on the Tour players, then you think and act like Dustin. The article describes several examples of this.  Full article here: Dustin Johnson answers his Shanghai stumble with runaway win

“It doesn’t really matter what you did yesterday,” said Johnson…“…So, for me, it’s just all about pushing forward, and you can’t change anything that happened in the past. You can only control what you’re going to do.”

Regarding his final round collapse in Shanghai when asked by a reporter if this was in his thoughts the evening before the final round at Kapalua:

“The lithe South Carolina slugger hadn’t thought of the collapse until the media reminded him of it on Saturday…That is his way. Forget and forget.”

“When he shot 82 in the final round of the 2010 U.S. Open at Pebble Beach, Johnson got over it in a day. Later that year, a two-stroke penalty on the 72nd hole of the PGA Championship at Whistling Straits kept him out of a playoff. He fumed for an hour. He played golf with hockey great Wayne Gretzky, father of his fiancée Paulina Gretzky, the day after three-putting the 72nd green at Chambers Bay to lose the 2015 U.S. Open to Jordan Spieth.

He had to live with that gaffe for a year, but merely brushed it off and captured the ’16 U.S. Open at Oakmont with a ball-striking display reminiscent of the one he employed on Maui.”

These are all examples of believing in yourself. This happens when you have strong Self Assurance. Self Assurance does not come from winning golf tournaments. The Champions already have this personality measure. Winning only strengthens it.

For those who measure like the average person on Self Assurance or measure more Apprehensive than the average person, you cannot do this. You cannot let go of failures. You cannot forget. Every time you remember it reinforces the memory of failure. This creates much more pressure going into the round or tournament and much more pressure on you during play. These anxieties will raise your arousal and block your natural and trained physical skills when you need them the most.

The antidote or cure is not more practice or a more perfect golf swing. The answer is to work on raising your Self Assurance. More is better. Ignoring it is not a solution. You can not overcome this challenge by yourself. Nobody can.

The first step is to find out how you line up with the Champion Golfers in Self Assurance. You can do this with our Personality Assessment and Comparison to the Eight Champion Traits. This will give you a very accurate measure of your Self Assurance compared to others. Immediately you will know if this has been holding you back. You will also get recommendations on how to strengthen yours. For some, that is all you need. You were already close. For most of us, more effort is necessary.

Dr. Graham and I are ready to help you to meet this Self Assurance challenge. Fix this and everything becomes easier. In our experience, it is the most important of the 8 Champion Traits!