The Arousal Problem And Your Golf Performance 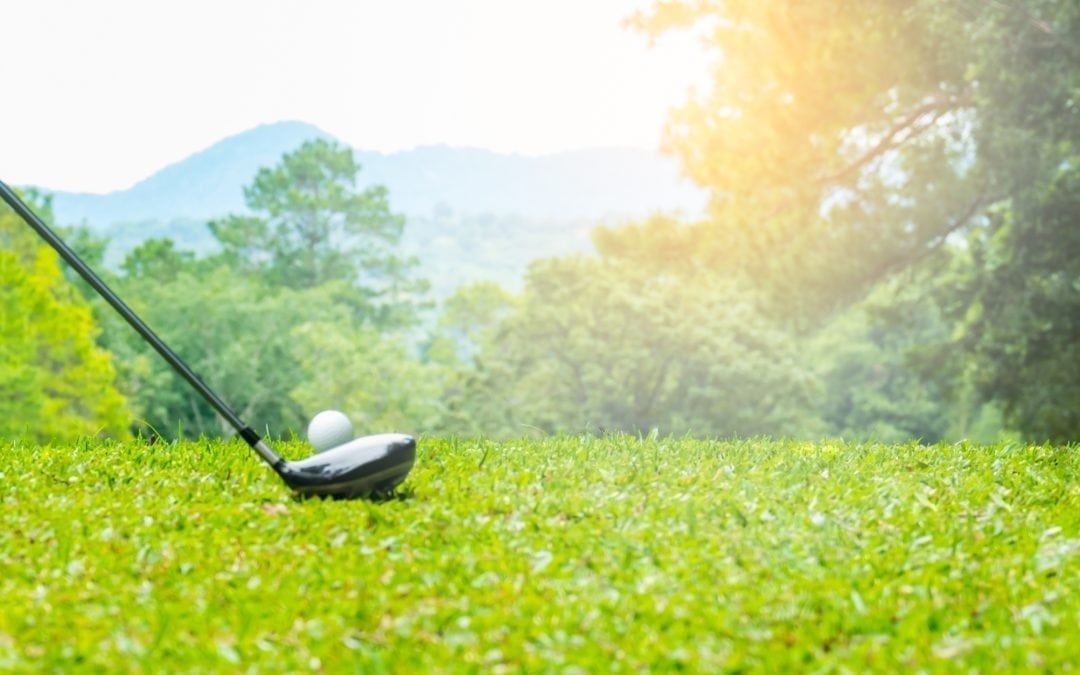 Optimum Arousal for Performance is one of the Sport Psychologists favorite concepts. It was developed through work with athletes in other sports. It is incredibly important for your golf performance.

One of the most subtle and destructive game ruiners is over-arousal. You don’t recognize when it is happening, things just don’t work right. Your thoughts and emotions raise it easily. Others may be more aware of yours than you are. Sometimes it means we swing too fast or hit too far. Lack of feel is common in the short game. Busy mind is a symptom. Wide focus is a symptom.

It affects some of the 8 Champion Traits in negative ways. Your focus will expand increasing awareness of things around you. Rabbit Ears are a common symptom. You are more easily distracted by external things or odd thoughts.

Your brain will get more active. This can make it harder to make decisions and reduce your intuition. Paralysis by Analysis is likely. Green reading gets harder. Intuition does not work as good as usual.

You will be more emotional than you usually are leading to emotional reactions sooner and greater than normal, reacting more to missed shots.

Recognize Your Level of Arousal

Since most of us are not trained to recognize our level of arousal or control it, this can be most confusing. It makes the problem with our game really mysterious. When we work on our game later or go to our teaching pro everything seems fine because our Arousal is closer to optimum.

What most players don’t realize is that arousal has a range from really low to really high. It is not like a light switch, all on or all off.

You most certainly will notice it when it is really high. Muscles will get tight. Heart rate will be high. Blood pressure rises. Breathing will be shallow and quicker or you may hold your breath. Focus is fractured and awareness jumps. Time may seem to slow down. Movements will be quick and clumsy.

On the low end of the arousal scale, you can be very relaxed and placid. Nothing matters and focus floats around. You may do things without any thought. Sloppy is a good description. Lack of motivation is likely. Couch Potatoes live here. This is not common in competitive golf. We care about the results so arousal is usually higher than normal.

In between the high and low ends, there is a lot of space.

Sport Psychology has long talked about the Optimum Level of Arousal for Golf Performance in any sport. In Olympic Target shooting they are trying to shoot between heartbeats so the optimum level of arousal is very low but they are very focused on the target. They have to learn to do this.

A football lineman has to be fast and strong and smart. They must be on the higher end of the scale but not so high they can’t think well or wear themselves out too quickly.

Through our research, we have found that the optimum level of arousal for golf is actually a range around the middle of the scale. A bit higher for driving the ball and the long game then lower for putting and short game. With our Mind Meter, we can actually help you define your optimum levels for golf.

The classic example of an untrained player without this knowledge but good physical skills goes like this:

Let’s call this player Tommy (no offense to all the Tommy’s out there). Tommy has just played 4 holes and is walking to the next tee box, a “reachable” par 5. He is in one of two minds.

Tommy Upbeat has been playing well and hits his driver pretty far so he sees this as a great opportunity to pick up some shots. These thoughts raise his arousal to a 7, slightly higher than the optimum 6 for driving.

Tommy Negative has not been hitting his driver well, so he is anticipating a poor shot and immediately figuring that he is going to give up shots to the field on this easy hole. These thoughts raise his arousal to a 7, slightly higher than the optimum 6 for driving.

Tommy tees off with this heightened arousal and luckily hits a great drive down the middle, far.

Tommy Upbeat is happy, excited and proud. This is great. This gives him a great opportunity. His arousal stays around a 7, maybe rises for a while.

Tommy Negative is surprised and pleased but immediately goes something like. “Oh great, now I’ll look really bad if I don’t hit a good shot on the green.” His arousal stays around 7.

Tommy only has 6 iron in.

Tommy Upbeat is licking his lips and rubbing his hands. He hits it on the green about 18 feet. Great opportunity for an eagle or certain birdie. “Yippee!” Arousal at 7 or higher.

Tommy Negative hits it on the green, thank goodness, to about 18 feet. Then starts worrying about his putting which has not been too good lately, or about how bad he will look if he putts poorly. Arousal at 7 or higher.

Tommy arrives at the green, arousal around 7, but optimum for putting is about a 4 on the scale. Tommy is a long way from optimum putting.

He can’t read it and his feel for the speed isn’t very good. Over the putt he doesn’t feel comfortable. The first one is long or short but never on a good line. From 4 feet, the second one is too careful and never makes it to the hole or is pulled or pushed. Three putt. Tommy walks off the green very disappointed and feeling like he has double-bogeyed one of the easiest holes.

I was generous in keeping Tommy’s arousal around 7 and letting him hit some good shots in this example.

This is one of the reasons better players often report they were hitting it great tee to green but couldn’t get any putts to drop. Arousal slightly high for putting will mean lots of lip-outs or slightly offline or speed problems or just uncomfortable over the putts.

You must work to lower arousal from tee to green on every hole. Breathing, relaxing, thinking of pleasant things between shots. Enjoy the day, remember good times or a good movie or favorite songs between shots. Any thoughts that create excitement, anxiety or fear will raise arousal. Focussing on the round between shots is generally unhelpful and easily raises arousal.

If you care about playing well, you will not have to worry about under-arousal while competing.

Any of our GolfPsych Instructors can help you find your Optimum Arousal range and practice in it. We use our proprietary Mind Meter in our schools and on the course to raise awareness quickly and help you learn to do this well.

Now you know one of the big reasons golf can be so frustrating, Optimum Arousal.