The Best Way to Prepare for the U.S. Open: Mentally? 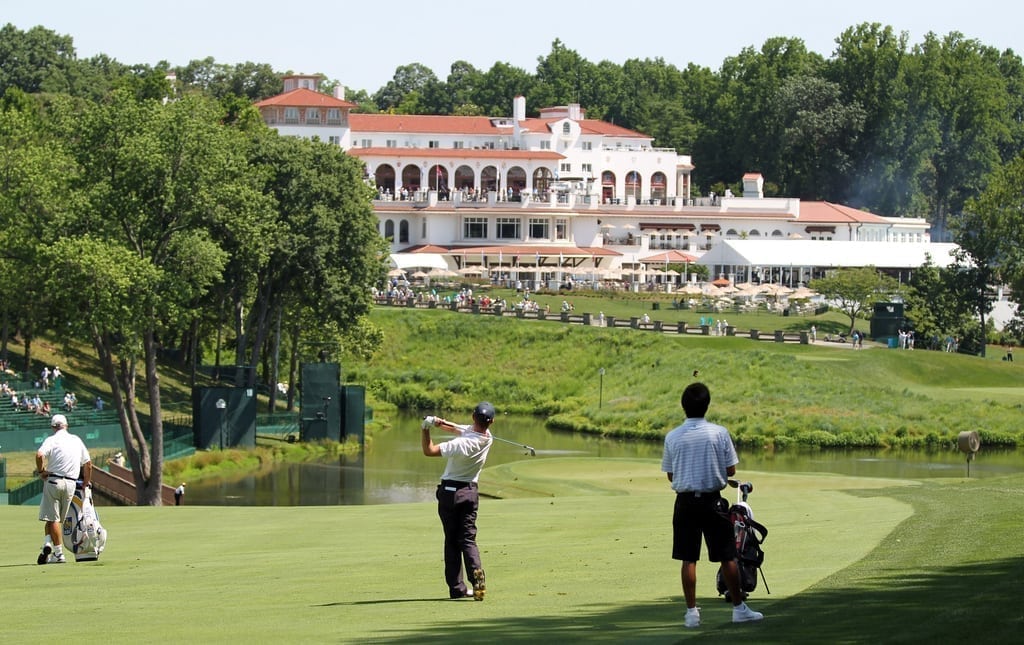 Part of the Pre-U.S. Open reporting has been talking about what some of the top players are doing to get ready for this expected to be, very difficult Open Championship at Shinnecock.

The U.S. Open is the most difficult Major Championship almost every year. Many of the players on Tour dislike the way the USGA sets up the course. They comment on the setup and often feel that the USGA is being overly difficult in the setup, even beyond difficult at times. #7 became unplayable on Sunday 2004, the last time it was played here because of miscalculations by the USGA.

This difficult setup has the contrary effect of making this the most prestigious Major for the Tour players, if they can win through.

So how do you prepare for this very difficult test of your golf skills? You know that there will be no easy holes. There will be very challenging putts on these undulating greens. Missing the fairway will be a problem. Reaching the fescue will be a disaster. This will penalize the bombers on any errant drive. “Bomb and Gouge” may work most weeks on Tour but not this week.

Oh, and the wind, The Wind! Any wind will be heavy air coming straight off the water. No trees to protect. If it lays down like happened at the British Open, scoring may happen. But that is not likely. You cannot plan for that. The wind must be considered in every shot and maybe a lot of putts.

Common Sense and the logical golfer will think of these things, anticipate as much as possible and then develop strategies, club lineups, high wind-fighting shots, and a game plan based on the conditions and the course to avoid the trouble and shoot for par rounds. They will spend a lot of time on the greens to learn the breaks and especially where you want to be on each green, almost without considering where the hole is.

They will work hard, do their homework and intensively work on their physical game to prepare.

Some will play the week before on Tour, thinking this is the best way to prepare, to tune up. D. J. did this and won handily at Memphis this past week. He is obviously on his game. He also won the U.S. Open in 2016 and is ranked number one in the world. His confidence has to be high.

Then there are others, Rory and others that are taking an opposite approach, almost in denial about this upcoming tournament, playing tourist on Long Island and playing a number of other, albeit great courses, different from Shinnecock. They are apparently unconvinced that focussing solely on Shinnecock will give them the best chance to win.

So What is The Right Mental Approach? What will give you the best chance to win?

What you need to accomplish in preparation is this- You need to do whatever is right for you to arrive at the tee on Thursday with plenty of energy, your A game, high confidence and mental goals for your round. Some butterflies are fine but you need optimum arousal to be able to perform your best, play your best and think well.

Thought Control – Because of the importance of and the differences in this tournament, you have been anticipating this tournament for a while. It would be natural to think of how important, what it would mean to win, how difficult it will be before you get there, and after you arrive.

Once you have found solutions to the travel challenges and strategies to play the course, then more thinking or worrying about these challenges will be hurtful.

Every time these kinds of thoughts come you need to replace them with thoughts about how good your mental game will be when you get there. Then relax and take your thoughts to other things, relaxing things, fun things.

Just like during the round, before the round, there is no time when you want to be thinking about the score and winning. Thoughts of your chances and what others are doing will only waste your energy and raise your arousal.

Phil Mickelson talked about not thinking ahead during his interview on Monday. This will be a real challenge for him with his U.S. Open history, 6 runner-ups, and thoughts of not many more chances because of his age, 48. Shinnecock in 2004 was one of his misses and he was very close on that one.

Managing Energy – You will be playing 72 or more extremely demanding holes of golf. If you have worn yourself out with practice and intense focus all week then you may not have enough energy to play well on Sunday or even the whole first round on Thursday. Recovering full mental energy between rounds is a problem, especially if you have a late Tee time on Thursday and early tee on Friday. If you are keyed up, more aroused and operating on stress chemicals all week, then we cannot predict good things for your tournament. Your level of arousal will certainly be too high.

Tiger Woods unusual ability to bring his yacht and stay on it a short distance from the course is a big advantage. He will almost feel like he is at a home tournament, escaping back to his private yacht each night. Most of us cannot do that, but a house nearby can help in the same way, especially if it feels like an escape from the event and reduces the traffic problems

Physical Preparation – Some personality types need to do extensive preparation for this course and conditions. They will feel more confident and settled if they feel they have done their homework. Other personality types will benefit from the looser preparation of playing other courses because they will not be thinking about the tournament as much and conserving energy. They are still keeping their skills sharp but without the crowds, the traffic challenges and the constant reminders of how important this tournament is that happen when they are at Shinnecock.

For most, the optimum preparation will be a combination of both, focus on developing the game plan and getting ready to play with substantial amounts of relaxing and conserving energy time with other activities and good sleep.

Playing the week before is often promoted by players. If this was a regular Tour event this might work well but there are few examples of players winning back to back regular tournaments let alone a U.S. Open the second week. Winning and contending take a lot of energy. We will see how D.J. does.

Self Assurance – The most important of the 8 Champion Personality Traits we discovered through our studies of the Tour players is Self Assurance. In our work with the players, we have further come to understand that above average self-assurance is part of who they are. It is not strong because they have won a lot. It is a foundation strength they have that helps them be more successful in golf. Winning doesn’t hurt but it is not the reason for their self-assurance

Players that do not have strong self-assurance are more susceptible to self-doubt. They will try to talk themselves into confidence. They look for evidence of their superior abilities. They will make logical arguments like, “I am hitting the ball better than ever so my chances are good”. Or “I have been putting really well so I should be able to win”. Or “I played well last week so I should continue to do well this week”.

At the first hiccup or missed shot, self-doubt strikes. That confidence in their abilities evaporates. Now they have trouble trusting the next shot. That is all it takes to ruin the next shot, a little anxiety.

With the very tough conditions and supreme importance of each shot and winning the tournament hanging in the balance, they will tend to react more to the miss emotionally and mentally. Strong self-assurance is the only way to stand up to the misses and these conditions. Strong self-assurance is huge. Based on our research, the frequent winners have it. The other Tour players don’t.

We have coached 21 Tour players to 31 Major Championships on the LPGA, PGA and Champions Tours. We know how important this is to performance. This is one of those hidden gotchas that all the talk of what you must do to prepare leaves out.

You can strengthen your Self-Assurance, but it takes work and time. If you don’t have it before the tournament starts, then you are very unlikely to stand up to the pressure and challenges.

Believe in yourself. Expect you will perform well. Shake off any miss and keep your Champion Attitude. Be patient and persevere. Imagine doing this before the tournament and each round. Imagine fighting through all the challenges and emerging successful. Your swing and short game do not have to be perfect, just pretty good. It is your attitude and self-assurance that will give you the best chance to win. You can control the way you think and react. Focus on that not making perfect swings or avoiding mistakes.